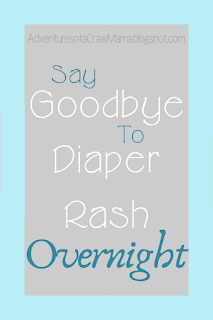 I can remember the many days spent and tears that were shed fighting the stubborn painful, bright red rash on my baby’s bottom. The screaming and kicking and the locked legs legs that keep you from getting any access to wipe their bottom. It was enough to make me want to cry with him. My heart went out for my son every time he got a rash. It wasn’t fair to him that he had to endure DAYS of the pain and stinging of having a diaper rash from circumstances beyond his control. Using multiple types of rash creams, powders, wipes, lotions, and soaps, we finally figured out how to resolve even the worst diaper rash OVERNIGHT!

The first thing we quickly learned was prevention. Using sensitive wipes really made a difference. From the day he was born I used Pampers Sensitive wipes because that’s what someone gave me at my baby shower. I decided it was the best choice for our newborn considering we weren’t sure yet if he had any allergies or sensitivities. Being a first time mom, I wasn’t interested in finding out if he had any of those issues during our first week home because quite frankly I was already overwhelmed with learning how to care for a baby. So from the very beginning we just used the pampers sensitive wipes.

After a month or so passed we encountered our first diaper rash and narrowed down the culprit to be the wipes. We were visiting family out of town and needed ton quickly grabbed some wipes at the convenience store. We were in a hurry and did not pay too much attention to which wipes we were buying and ending up not getting “sensitive” baby wipes. Now that we are aware of the specific type of wipes he needs I make sure the daycare is aware of this issue as well. We’ve had a few lapses where he ran out of his wipes or teachers confused his with another child’s and he comes home walking like a cowboy. After noticing the cowboy walk I go to change him, and low and behold I find a diaper rash! We have learned now that any brand wipe works okay as long as it says “sensitive”. Pampers are still my favorite because they are the softest. Using specific wipes to clean our little one’s bottom has become a key factor to preventing the diaper rash.

Another cause of the terrible diaper rash Is fruit. This may just be my child but when he eats too much fruit, blueberries especially, he tends to get slightly more red than normal. I don’t think it bothers him but it’s something I always keep an eye on. Maybe it’s related to the fruit making him have to go more often or maybe the acidity in the fruit? I really have no idea but I try to spread it out between meals instead of in every meal and as a snack.

One of the causes of the diaper rash that I can’t control is when he’s teething. I have no idea why this is a symptom of teething but it’s not my favorite. Teething is no fun. It seems like he always has the runs when those little pearly whites are trying to cut through. I wish I could speed up the teething process so he can hurry up and feel better. Being aware that he’s teething we take precautions knowing that a diaper rash may be on the way. We pull back on the fruit or any foods that make him go more often. We thoroughly wipe him the best we can so nothing is left behind on his behind and we change his diaper more frequently to prevent any irritations.

When the teething diaper rash first hit it felt like there was nothing we could do to help him. We tried Tylenol, diaper rash creams, and using the sensitive wipes!! We found that Boudreaux's Butt Paste Max Strength seemed to work the best. When reading the ingredients I noticed it had 40% zinc oxide as the active ingredient whereas most other creams has around 16%. So the zinc oxide was really helping protect his bottom from getting too raw. Even the sensitive wipes seemed to be too painful for the ever burning rash. His teacher told us that rinsing the wipes with water before using them seemed to make a difference as well. He would get to the point where if you laid him down for a diaper change he would panic and flip and try to get up. It was sad for him and frustrating for us knowing it had to be done.

Finally in a desperate attempt to just soothe him we gave our son a warm bath with epsom salt sprinkled in there. We let him soak for a little longer than normal, and he enjoyed playing with his toy boats and rubber fish. He’s old enough now that I’ve told him he can lay on his tummy instead of sitting on his bottom and putting the pressure on the rash. I wouldn’t recommend that for really little babies that can’t hold their own head up or little ones who don’t understand the water well enough.

After his epsom salt bath I let him dry really well. He can run around naked for a few minutes in order to “air it out”. I imagine it’s like when you have a bandage on a cut, it takes longer to heal than if you just air it out to scab and heal. After airing it out I apply the Boudreaux's Butt Paste mentioned earlier. I lather it all the way down to his upper thighs. I’ve even used Aveeno baby eczema lotion on his upper things where the outside of the diaper rubs but I don’t get much closer than that just because I don’t think it’s meant to be applied in those areas. This doesn’t help with the diaper rash so much but it helps with the rubbing that occurred during his cowboy walking all day.

When his bottom is completely coated in the thick beige Butt paste I put on a clean new diaper, his pajamas, and put him to bed. The next morning I change his diaper first thing and his skin or the diaper has mostly absorbed the cream but his rash is basically gone. It goes from a hot bright red the night before to being almost nonexistent. I am comforted knowing I have finally figured out a solution to quickly heal even the worst diaper rash on my child.

I wanted to share with you how I quickly get rid of a diaper rash on my little ones bottom because I spent too many days in a row fighting the terrible rash. The pain and frustration we felt trying to change and wipe a baby with a rash is terrible but it’s nothing compared to what the child is feeling. As a parent we want only the best for our children and we want to take their pain and make them happy and healthy and comfortable. I hope this helps any parents seeking a resolution for their little ones diaper rash.

Let me know if you have any tips that have worked for you me child’s diaper rash.


Danielle Crawley is a participant in the Amazon Services LLC Associates Program, an affiliate advertising program designed to provide a means for sites to earn advertising fees by advertising and linking to www.adventuresofacrawmama.blogspot.com
Labels: baby bath soak diaper rash diaper rash cream diaper rash remedy hacks how to get rid of severe treatment 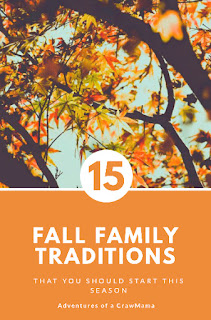